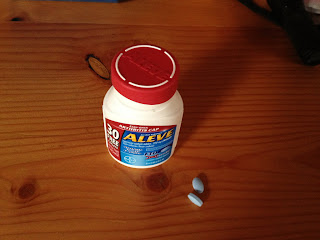 My playing had come to a screeching haul this past Sunday when I injured my right knee from a bad landing while sailboarding in the Gorge. As luck would have it, my knee injury turned out to be quite superficial. I just strained the medial collateral ligament. I went to the urgent care center on the same day and were told to take normal care for muscular injury for the next few weeks until it heals. I were to take 2 tablets of Aleve twice a day.


The irony is my sore right foot which I assumed to be just strained muscle from missing a jibe 2 days prior turned out to be less than superficial. For that alone I would still be sailing in the Gorge. Fortunately I injured my knee and decided it is best to seek medical help.

It turned out I have a fifth metatarsal fracture. Fifth metatarsal is the thin and long bone on the outboard side of the foot which the little toe connects to. My right foot was inserted quite deep into the footstrap when I fell forward WRT the sailboard. The entire weight of my body thrusting forward was mostly bored by my right foot and this slander bone took the blunt of the moving mass. Had I didn't mention it before I left the clinic it would be a long time down the road before I realize the gravity of the injury. The doctor refer me to the Fracture Clinic for the treatment. 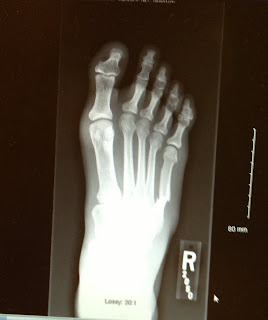 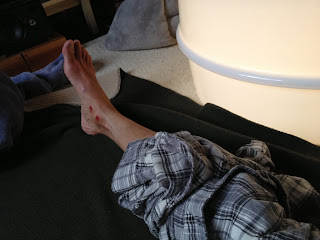 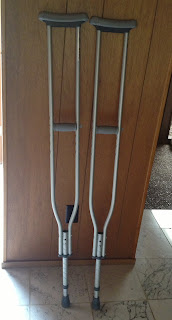 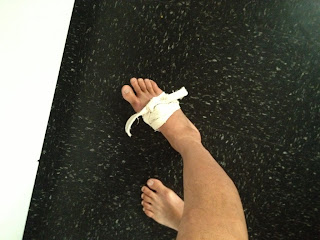 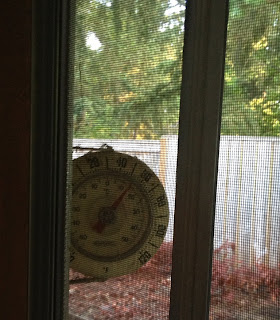 my clematis second bloom this year 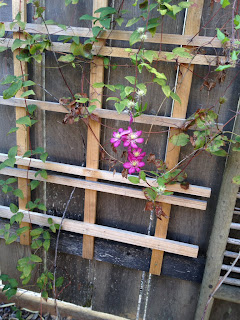 i have been trying to grow some thai basil a few times now - this one nearly die from the rainy cold snap in early summer; I am beginning to think pacific northwest is too cool for it; the leaves are so small 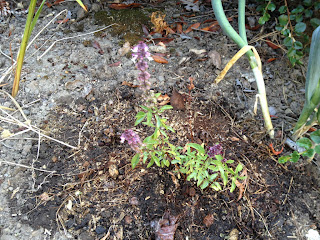 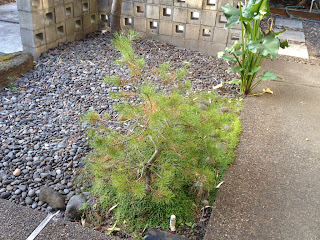 On Monday the Fracture Clinic informed me that I have an appointment on the next day Tuesday. I was relieved I don't have to wait a few days for an appointment as time is of the essence with bone fractures.

Comes Tuesday I set out for the Fracture Clinic located in Northeast Portland. I was quite certain i would come home with a cast on my right foot so I did not drive. I took the Tri Met bus and train to get there. I switch from the bus to the train downtown. Having some extra time I was able to hobble a few blocks to get to the foot carts and have a lamb gyro sandwich 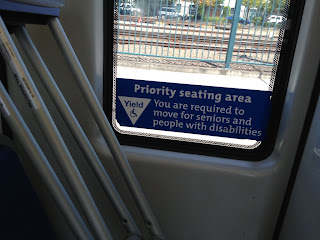 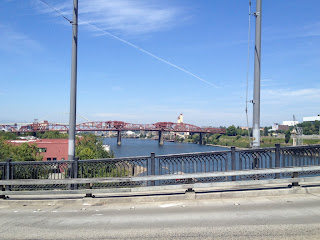 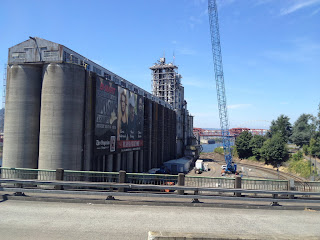 I have been very fortunate with the doctors so far. The doctor who saw me is quite young. He asked all the pertinent questions of the accident and assessed my health and lifestyle. We discussed the treatment options and it was quite clear we both agree a surgery involving the application of a screw would be the best choice as it has the shortest healing recovery time and higher likelihood of the bone union (reattachment of the broken segments).

To be cautious on the safe side I asked him about my knee. He had an assistant checked my knee. The assistant thought taking some x-ray scans to be sure there is no hidden bone damage.
the x-ray room 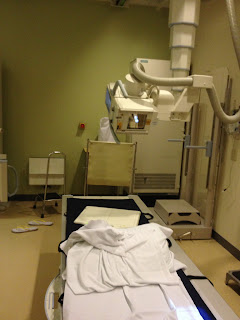 My knee was good other than the strained ligament. Once we decide to perform the surgery to mend the broken bone on my foot the doctor asked me how soon I want the surgery. ASAP - I said.

He checked the system and said how about tomorrow? I was delighted and replied that I would make it. 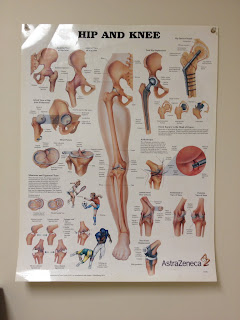 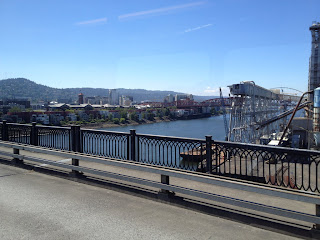 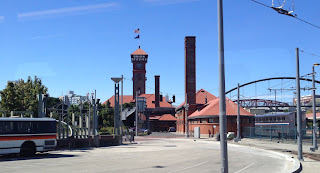 Tuesday came and my nice neighbor drove me to the medical center across town at another facility the surgery would be perform. The hospital will not perform a surgery if you do not have someone to accompany you home after. They will not let you fool them. We arrived 2 hours before 1:00 PM the surgery was to be performed.
the room where the nurse prepared me for the surgery - like the cute abstract animals on the wall 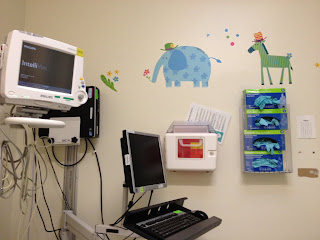 my IV which they administer a number of medicine 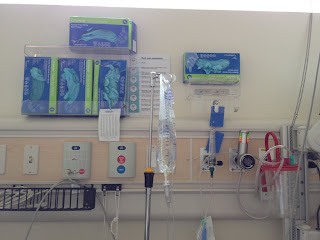 The operation before me took longer so my surgery was delayed by 1 hour. Although they administer a relatively light dose of sedative that were supposed to only put me into the "twilight zone" instead of totally out, I woke up when the nurse said I am ready to go home. My neighbor Cynthia has already pick up my prescription and she drove me home with a splint in my right leg. My doctor told me he wants to see me in a week for follow up eximination.
a supporting splint to protect the surgery area 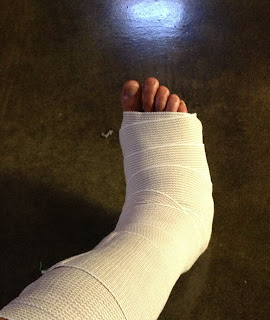 This morning I receive a call telling me my follow up appointment date with my doctor. So far I am extremely impressed with my HMO. I was initially quite concern with the ability to make appointments with visitation dates that are drawn out but so far I am receiving treatment without any delay. My nurse and two doctors are all great and professional, nice, and competent.